Given the well-recognized pressures of 21st century living, there is an increasing awareness of the environmental and nutritional factors that affect our health. We the BioMed Laboratories  –  Germany  recognize the importance of these influences and the given pressure to the physician to create treatment results.

Therefore we decided some years ago to produce our own compound medicine in Germany under the German drug law §13.

We have  already realized that the future is not anymoro the sale of finished medicines. Rather, it is your very own task to develop and manufacture medicines, ideally tailored to the individual needs. Most colleagues never saw it that way before

Today a lot have changed and the demand for individual and natural medicine is increasing fast.

Nicotinamide adenine dinucleotide (NAD) is a cofactor that is central to metabolism. Found in all living cells, NAD is called a dinucleotide because it consists of two nucleotides joined through their phosphate groups. One nucleotide contains an adenine nucleobase and the other nicotinamide. NAD exists in two forms: an oxidized and reduced form, abbreviated as NAD+ and NADH respectively.

Turn Back Time and Experience More Energy and Improved Mood…

What if there was a compound that could turn back time, restore energy, improve athletic performance, bring back clarity of thought, reverse depression and help cure cravings for alcohol and drugs even in the most addicted individuals?

There is such a substance. It is called NAD+, and it occurs naturally in every cell in your body.

Compelling research has shown that supplementing with NAD+ may help you withdraw from addictive substances safely, overcome anxiety and depression, handle acute and chronic stress more effectively, and cope better with PTSD.

In fact, clinics across the US are starting to use IV infusions of NAD+ to help people withdraw from drug and alcohol addiction with minimal symptoms in as little as 7-14 days of treatment.

These individuals report feeling calm and content and say they lost their “cravings” after a full course of treatment. And NAD+ may actually prolong life, protect DNA, slow down aging and help restore function in neurodegenerative illness due to its effects on the genes that govern aging.

Unfortunately, drugs, alcohol, stress, medications, chronic illness and age all contribute to a decrease in our NAD+ stores. As NAD+ goes down, so does our energy. Cells age and deteriorate. Your health falls apart at the very root.

This IV aims to undo that process by replenishing NAD+. Using IV infusion therapy we administer this anti-aging compound directly into your blood circulation so your cells have access to as much as they need.

Between 3-14 consecutive days of NAD+ therapy combined with amino acid infusions, minerals, and B-Vitamins are typically recommended for full effect. Treatment is tailored to your individual needs after a detailed consultation.

The brain requires a constant supply of oxygen and glucose to generate the energy required for healthy function. Despite its small size, the brain consumes approximately 20% of the entire body’s oxygen supply. Given its energetic requirements, it should come as no surprise that researchers are increasingly making connections between brain and mitochondrial health (mitochondria are “power horse” organelles found in most cells and are responsible for cellular respiration and energy production). In line with this idea, increasing NAD has been shown to improve mitochondrial function in mouse models of Alzheimer’s disease and a fruit fly model of Parkinson’s disease .

The liver is a metabolically active tissue.  The liver filters our blood, detoxifies chemicals, processes medications, and metabolizes nutrients from our food. Metabolism at the cellular level depends on NAD and the liver is one of many tissues that is sensitive to declining levels of NAD. Studies in mice have shown that increasing NAD can support healthy liver function, particularly when metabolically stressed by overnutrition or alcohol overconsumption.

Increased NAD also helps improve glucose tolerance in mouse models of diabetes, and more broadly helps counteract the whole-body metabolic consequences of a high-fat diet in mice [9, 27, 48] An early clinical trial found that twelve weeks of oral NR supplementation tended to decrease liver fat in older obese men but did not have any noticeable effects on other metabolic endpoints such as insulin sensitivity.

As described in the pre-print of the first ever clinical study evaluating the NAD metabolome  (NADome) in human liver tissue, the investigators demonstrated that levels of NAD, NADP, NR, and nicotinic acid (NA) were significantly lower in alcohol related liver disease samples compared to healthy controls.  They were also able to show that disease progression resulted in different NAD metabolite signatures that corresponded to other markers of liver dysfunction. The depression of the NADome was also correlated to functional impairment of immune defenses in the liver.

Increasing NAD levels also has positive effects on pro and anti-inflammatory cytokines and has been linked to maintained resilience and defense against stresses, including immune stress. In a recently publicized study, [50] researchers investigated the effects of SARS-CoV-2 infection on NAD levels in cell lines, infected ferrets, and a deceased patient’s lung. It was found that SARS-CoV-2 significantly impacted NAD related genes, thus affecting the production and use of NAD. Decreased NAD levels were conserved across the models and demonstrated induced poly (ADP-ribose) polymerases (PARPs) as part of the innate immune response. Gene expression analysis also indicated that virally exposed cells appear to preferentially seek out NR (as indicated by an increase in the levels of genes related to the NR metabolic pathway) to replenish NAD levels during infection. 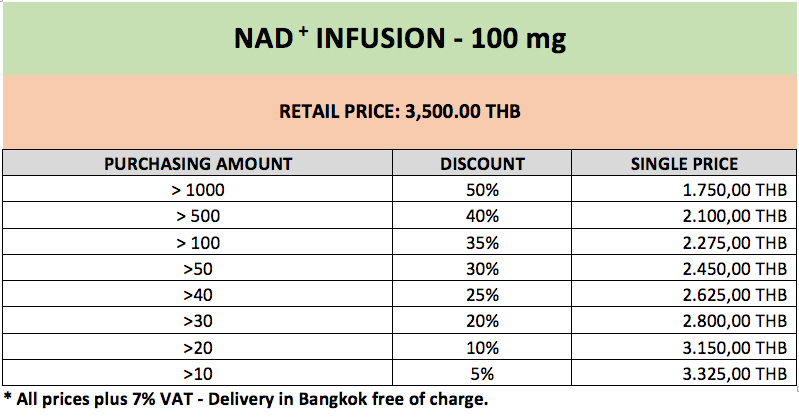 Behind the word mountains, far from the countries Vokalia and Consonantia, there live the blind texts. Separated they live in Bookmarksgrove right at the coast of the Semantics, a large language ocean. A small river named Duden flows by their place and supplies it with the necessary